Building trans-European energy infrastructure: ACER finds that more than half of the projects are on time, but observes several delays and some potentially non-robust Projects of Common Interest (PCIs)

Building trans-European energy infrastructure: ACER finds that more than half of the projects are on time, but observes several delays and some potentially non-robust Projects of Common Interest (PCIs)

What is the report about?

ACER has published the 7thedition of its annual report on the progress of electricity and gas Projects of Common Interest (PCIs​) for trans-European energy infrastructure.​

Overall, ACER notes a positive trend in their advancement:

However, ACER notes that about 25% of the electricity and gas projects cumulate delays from year to year, and several additional projects are postponed by their promoters. ACER also identified some PCIs that did not advance their status over the past six years (with most of them remaining in the permitting phase). This led ACER to conclude that project promoters' projections were too optimistic. 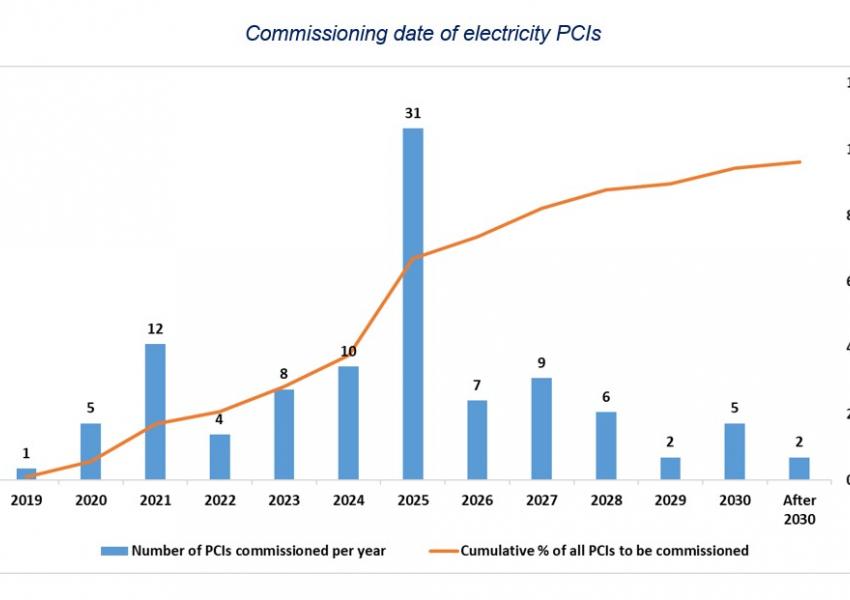 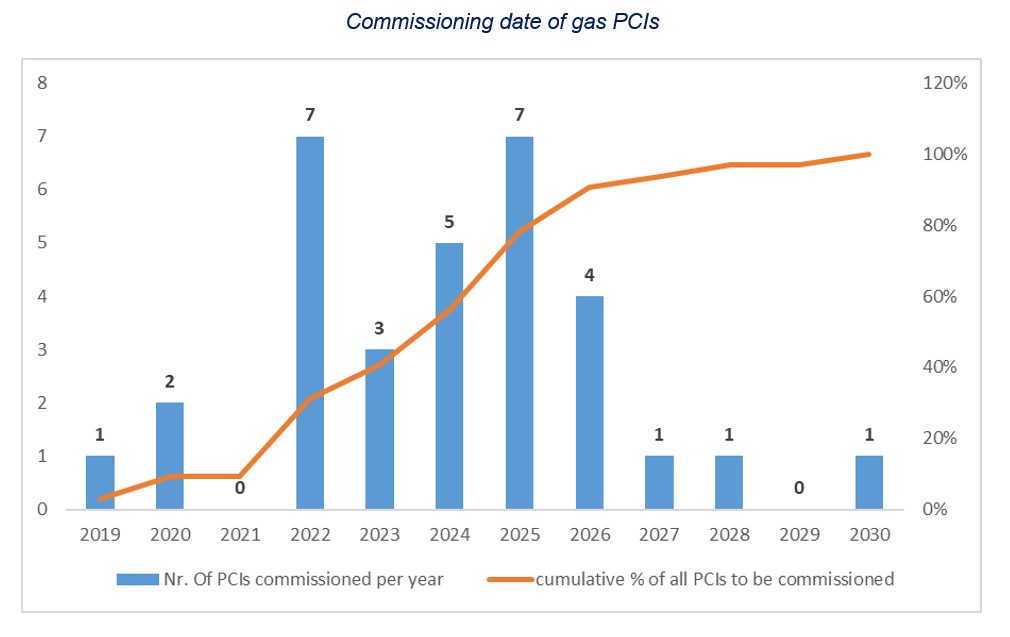 The report also warns about potentially non-robust PCIs, which did not carry out any work or activity during the reporting period, being on hold or rescheduled by the project promoters for at least 2 years, and/or failed to move forward from an early advancement status for several years.

ACER calls for additional scrutiny during the PCI selection for such projects to ensure the robustness of the 5th PCI list, so that only projects which are clearly a priority are included.​​​

Energy networks play a key role in the transition to carbon-neutral energy systems. As PCIs are key cross-border electricity and gas infrastructure projects that enhance the links between the energy systems across Europe, they also play a crucial role in helping the EU to achieve its energy policy and climate objectives by delivering socio-economic and environmental benefits.

By way of background, the broader framework in Europe for cross-border energy infrastructure (the TEN-E framework) is currently under negotiation by the European Parliament and the Council.

Here, ACER, together with CEER, has made several recommendations on how to improve the overall PCI framework (including the governance of infrastructure development, the scope of PCIs and the TEN-E processes) with the aim of promoting a neutral and independent technical assessment and ensuring support to those projects bringing most benefits for the European Green Deal and to avoid any risks of unjustified costs for consumers.